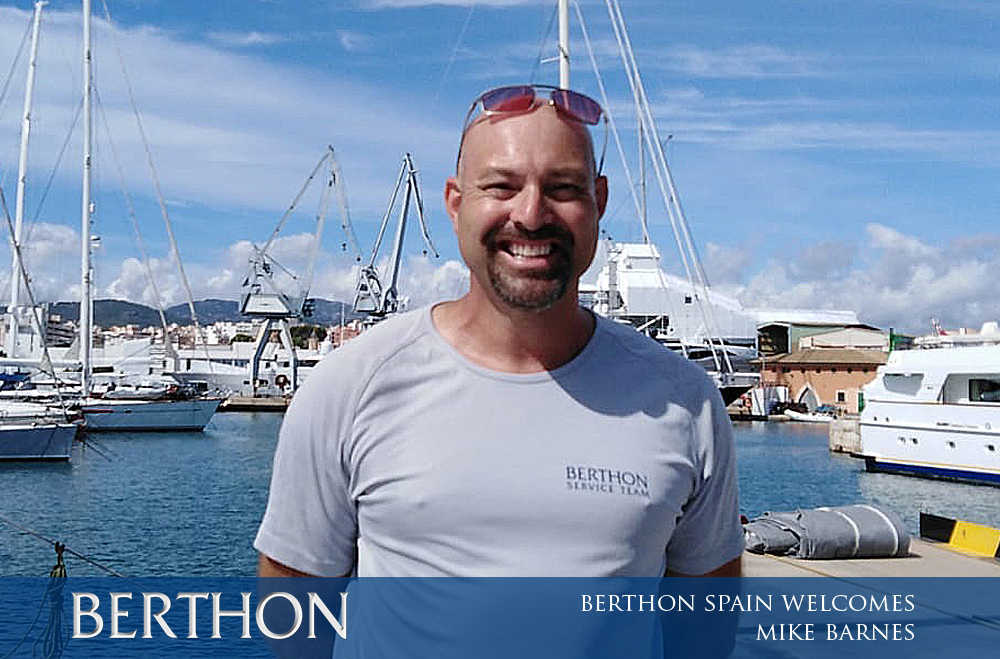 Berthon Spain are extremely pleased to have Mike Barnes join them in Palma to head up their Guardiennage services. Mike joins the team from Oyster Yachts, where he has spent the last 4 years in a similar role. He has known Berthon’s Managing Director, Andrew Fairbrass, for several years and has watched with interest as Andrew’s business went from strength to strength. Mike says “Andrew is highly respected in the world of Guardiennage & Service works and all eyes are on Berthon, previously Sentinel Yachting, with great interest. In the yachting world you only go up, so it made absolute sense to join Andrew Fairbrass’ team; it’s a wonderful opportunity. He has put together a winning team, which I am proud to be a part of. Onwards!”

Palma was Mike’s first port of call when he was serving in the Royal Navy on HMS NOTTINGHAM in 1990. He has since worked as a manager at Sunsail, served in HM Coastguard, and as a First Mate on super yachts. Mike’s previous experience gives him a wealth of knowledge on the workings of yachts of all different types and sizes. His key quality is his ability to hop aboard any boat and determine how she ticks, functions, works and turns over within minutes, allowing him to further assess what needs doing to improve her performance, making him a true Jack of all Boats!

Mike is enthusiastic about his new role at Berthon Spain. This accomplished Guardiennage Captain will have a variety of yachts on which to work his magic, from Gunfleets, to Oysters to Princesses. Berthon Spain’s lucky owners can be confident that the boats under his care will be kept safe and secure, receive regular checks, and that all repair jobs that need doing will be flagged and dealt with in plenty of time for the summer season.

Mike has been a resident on the island of Mallorca for 5 years now. In his spare time he enjoys walking his dog Rosie whilst enjoying the islands stunning coastline and rugged interior. Mike also runs Mallorca’s Island Cinema page, popular with the local expat community who are eager for films in their native language. 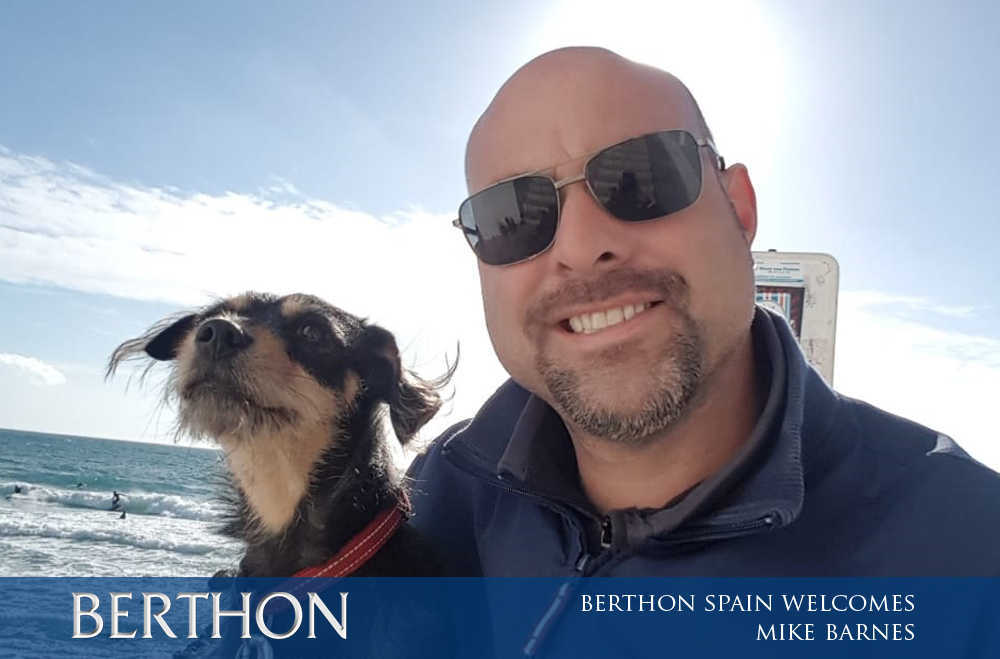 Andrew Fairbrass is delighted to welcome Mike to the team and says “A good guardiennage captain is incredibly hard to find. They must have the attention to detail of a Royal Butler, a technical knowledge so vast that they could probably operate the Space Shuttle and be friendly and approachable with clients. Having known and respected Mike for years I know that he ticks all these boxes and I was therefore delighted when he decided he wanted to come to Berthon.”

Our fabrication team have a real boost with the addition of Mario who is a full-time workshop-based welder and machinist….

A very busy yachting season is drawing to a close for our guardiennage team. However, there is no time to…

Berthon Spain are delighted to welcome Mario Molina Romero who is joining the team as our chief fabricator. He has…

This website uses cookies to improve your experience while you navigate through the website. Out of these, the cookies that are categorized as necessary are stored on your browser as they are essential for the working of basic functionalities of the website. We also use third-party cookies that help us analyze and understand how you use this website. These cookies will be stored in your browser only with your consent. You also have the option to opt-out of these cookies. But opting out of some of these cookies may affect your browsing experience.
Necessary Always Enabled

Any cookies that may not be particularly necessary for the website to function and is used specifically to collect user personal data via analytics, ads, other embedded contents are termed as non-necessary cookies. It is mandatory to procure user consent prior to running these cookies on your website.